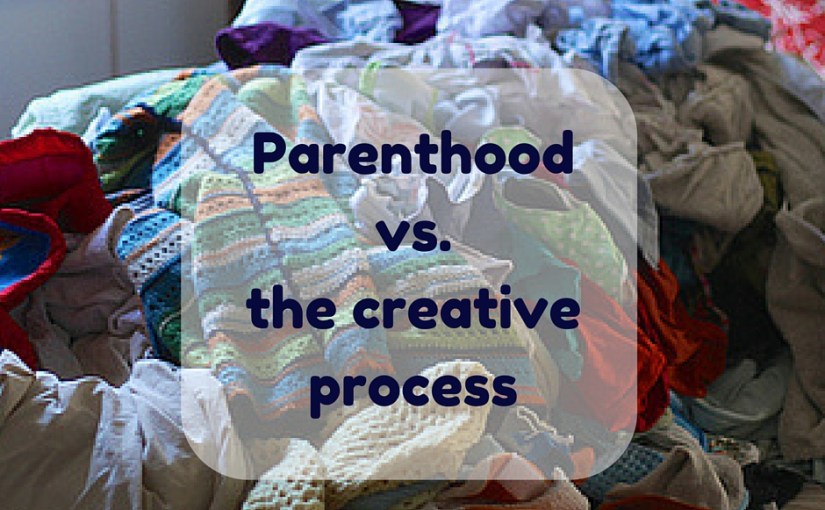 Both mothers and fathers find it hard to practice their art after having children. For people who don’t make a living from their art/music/craft (like Jeff and I), art comes in third place after kids and their paid job. When I am engaged in some creative work I’m much happier, which surely makes me a calmer, happier Mum, and it’s great fun to see your kids vibe off your adventures and get creative themselves. It doesn’t have to be either/or with creativity and parenting, but you do have to be determined in order to get anything done.

You guys must have your own tricks for getting stuff done with kids in the picture (which I would love to hear – please leave a comment!).

Writing, illustrating and self-publishing our book, You’re Doing Great, Baby, is the biggest creative project Jeff and I have ever undertaken. Here’s how it got done:

There are down-sides to all this multitasking. You’re not giving anything your full attention. I try not to check my phone constantly while the kids are around/awake but I still do it a lot. I write ideas on scraps of paper which pile up around the house. This ‘system’ of never being able to work on something right away, or having to stop something when the baby wakes up even though you’re in the zone, is frustrating sometimes but it’s also a good way of seeing what sticks.

I have recently become addicted the wonderful First Day Back podcast which chronicles Tally Abecassis’s return to her career as a documentary filmmaker after what she calls “the longest maternity leave ever”.

In an episode entitled Fear and Insecurity in Las Vegas she interviewed David Rahman who is a painter and father. This quote resonates with Jeff and I:

“Before kids, I painted. Right now it’s difficult to call myself a painter… If you don’t paint, are you a painter? … If you don’t make art are you an artist still? And I always struggle with that because having kids there’s a lot less time and I go through periods of maybe six months or a year where I’m not doing any art, so I have this whole identity crisis. Am I an artist or not?”

“You know when you have a kid, it’s very hard to find three hours here or one hour there to paint. And even then, it’s difficult to be creative and get into your art in an hour that’s squeezed between picking up the kids or making the dinner or whatever. I need three or four hours consecutive just to get into it.”

In Episode 8, Your Stories, she interviews father and writer Brian Gresko. He sums up the similarities between creativity and parenthood beautifully:

“the anxieties of both activities are very similar because they both require so much faith. You’re not actually able to see in the short term all the time the results of your work. You just have to hope that what you’re doing today will pay off in some year’s time and that it’s going to lead to something beautiful and wonderful and this great contribution that you hope to make to the world.”

When I read Rachel Power‘s wonderful book The Divided Heart (which has now been updated and re-released as Motherhood and Creativity) for the first time I cried tears of recognition several times. Particularly the parts that Rachel had written herself (the book contains lots of interviews with creative mothers). The following quote expressed how I felt but hadn’t even acknowledged to myself:

“For the first time in my life, I envied women without strong ambitions outside of the home. Art was like a monkey on my back and I resented its skittish hold on me, the way it caused me to strain away from my babies, to live a split life, be a split self. I was burdened by the knowledge of what it would cost my family (financially, but more so emotionally) for me to keep writing – just as I became aware of how much it would cost me not to. More than anything, I longed to plunge into the job of mothering in all its fullness, to wake up each morning needing nothing more than this daily existence: a life for life’s sake. It felt greedy, selfish, unworkable, to try maintaining an identity which seemed entirely at odds with the characteristics of a devoted – a ‘good’ – mother.”

I have yet to meet a woman (or man) that is 100% fulfilled by family life. Maybe the person that Rachel (and me) imagine is a construction – an imaginary figure we torture ourselves with. What I do know is that creating something – whether it’s a papier mâché Octonauts piñata, cooking something more ambitious than cheese on toast, an installation, this book, or these blog posts – feels like breathing to me. It feels good, but more than that it just feels like what it means to be alive.

‘Lost in Living‘ is a great documentary by Mary Trunk about four women driven to keep making their art after having kids. It’s also a film about friendship and love and loneliness and hope. I had so many a-ha moments watching this film. It’s really powerful to see other people who are negotiating similar situations to yourself. 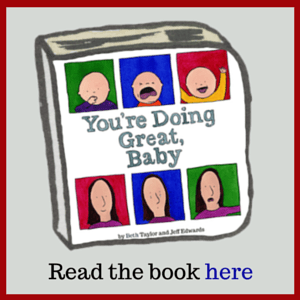 One thought on “Parenting vs. the creative process”